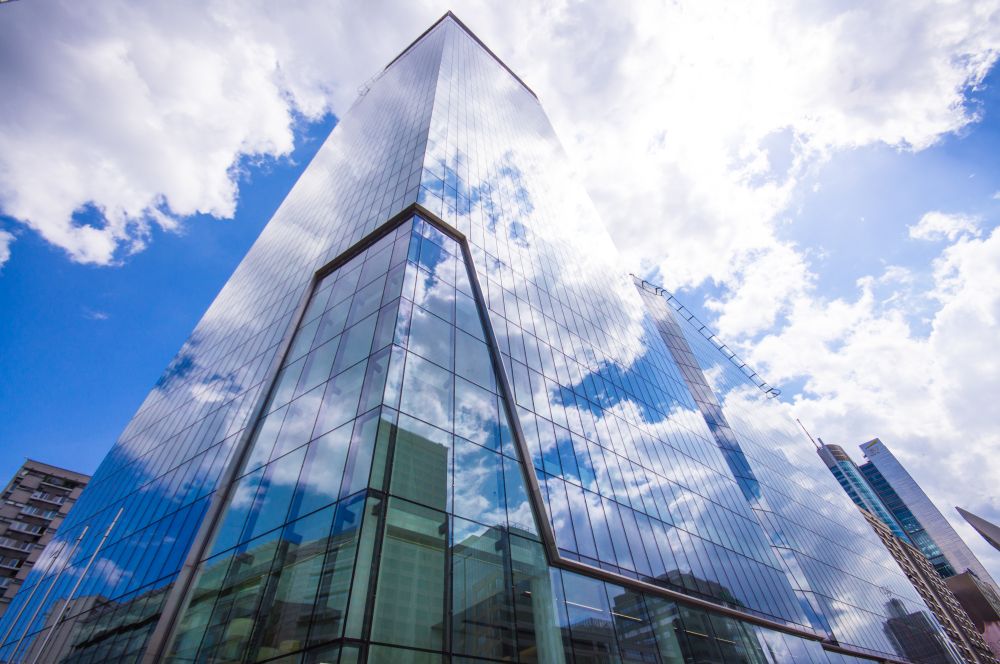 In recent times, the office space market in Warsaw has been growing steadily. The capital's office space resources, which over the past 10 years have been growing by about 270 thousand sq.m a year on average, have exceeded the level of 5 million sq.m at the end of 2016. In this respect, Warsaw is slowly catching up with other Central and Western European cities, ranking just behind Athens, Barcelona or Amsterdam.

Poland vs the World

We are, of course, still quite far behind such giants as Paris, London or the nearby Munich and Berlin, but the constant optimism of developers has made Warsaw the largest and most attractive office space market in the country. Warsaw's resources, which are currently at nearly 5.12 million sq.m, account for 60% of the total office space available in Poland.

In Q1 2017, the Warsaw office space market was supplied with over 84.2 thousand sq.m of new office space, and in 2016, a total of 420 thousand sq.m. If we take into account projects under construction and proposed projects, the annual supply volume in 2017 to 2019 will remain high (on average 300 thousand sq.m per year).

The effects of the second metro line and the huge increase in developer activity in the area of the Daszyński Roundabout and the nearby Wola District are clearly visible. The space available in this area is nearly 300 thousand sq.m, and is expected to double as a result of projects under construction and proposed projects.

It is worth mentioning several projects recently completed in Warsaw. The most interesting of them, in terms of the building itself, but also because of the surroundings, is the Warsaw Spire office building located near the Daszyński Roundabout. European Square has been named by Polish city planners the best new public space in Poland. The Warsaw Spire development consists of three buildings (with a total area of approximately 109 thousand sq.m), one of which is 220 m high. This makes it the tallest office building in Poland.

Another tower that sprung up on the Warsaw skyline is Q22 located at the corner of Al. Jana Pawła and Grzybowska Street. It is a 155 m high modern building, offering over 50 thousand sq.m of office space.

Worth mentioning are also further buildings (III to VII) of the Business Garden development at Żwirki i Wigury Street, adding nearly 55 thousand sq.m of new office space to an area of the city that had until recently been lacking in that respect. In subsequent quarters of this year, projects which should obtain occupancy permits include: West Station II (31,450 sq.m), D48 (24,500 sq.m), and the 8 Bobrowiecka Street building (22,500 sq.m).

Many other interesting projects are already under construction and will certainly make a mark on the capital's office space map. At 310 meters including the spire, the Varso Tower office building will, once completed, be the tallest skyscraper in Poland. We also have one of the largest office space projects, The Warsaw HUB, which is expected to deliver 113,000 sq.m at the end of 2019, or several historical building-based projects, such as ART. N, Browary Warszawskie or Koneser, which is located on the Praga District bank of the Vistula.

Such dynamic growth of supply is closely related to lease-up; at the moment, the vacancy rate is at just over 14%. This is the highest rate among all Polish cities, but despite the recent significant influx of new floorage, this level has not markedly changed compared to last year. And because tenants are equally active, the Warsaw market has seen record results in the last two years in terms of the amount of space rented. Whether this trend will continue and keep up with the ever-increasing supply is a question that many developers and commercial real estate market investors would like to know the answer to. Everything depends on the condition of the Polish economy and how the economic slowdown affecting most European Union countries will be handled. Brexit, which will have an impact on Europe as a whole, is also a very important aspect. The exit of the UK from the European Union may be one of the factors influencing the condition of the commercial market in other European countries, including Poland. Our stable economy and wide pool of specialised but still inexpensive workers may be the reason for increased interest in transferring business to Poland by global companies.